A SitCom in the making

My dad's CHEAP. You're probably thinking, whoa, Father's Day was just yesterday, and you're already writing about your dad this way?

Don't worry! It's OK. Last week, I posted a story about my dad that was heart-warming, and I'm not telling you anything he doesn't know. He and I joke about me writing a TV show about his cheapness and calling it My Cheap Dad, just so he can tell everyone,

My dad wears sweaters, shirts, and socks with holes in them, and not just at home. He actually goes OUTSIDE in raggedy clothes that Goodwill would reject. I swear he's had the same wardrobe since the 90's. He almost wore one of his hole-y sweaters to my brother's (his son's) wedding, but luckily, I caught him at the last minute and made him change. He was going to wear it under his suit, he says. Like that makes it acceptable. (By the way, the suit is the same one he wore to my wedding almost six years ago and may be the only suit he actually owns.)

His idea of an expensive meal is anything that costs more than $10 per person. In Los Angeles, that pretty much means that if he's treating me to anything above fast food, he's taken me to a really, really fancy dinner. And don't get me started on tipping. He believes the only acceptable amount is 10%. Sorry, servers. Even if you were the best server in the world, you're just getting 10%. Now, because I would like to show my face at some of these restaurants again, I have, on occasion, dropped some more cash into the receipt holders. Once in awhile I would get caught, and he would take the money out and put it back, in his wallet.

Now, I'm not telling you this to bust my dad's chops. For Father's Day, he did order some pork chops, but I digress. His cheapness comes from somewhere. How we see money, as adults, start with our earliest memories of money. He learned his "cheapness" from his mom, who was "Nana" to me.

Nana was not just cheap. She was downright stingy, or if I were to characterize it in a more kind way, NOT a very generous lady. As a child, I overheard her, on several occasions, declare that she wanted to be buried with her money! One day, while staying with us, she started flipping over furniture and accusing us of stealing her money. She apparently had stashed some cash underneath her mattress. After unsuccessfully spending an entire day with the whole family looking for the money, I vowed to never let money rule my life, and I formed the opinion that spending time with family, doing something fun, is way more valuable than money. Although this isn't a very positive portrayal of my paternal grandmother, I believe that she would've been different, if she had learned to not be scared of losing her money. Stinginess is a sign of having a "scarcity mentality" -- a mentality that food, money, love, and anything good is scarce. It's the opposite of an abundance mentality, where you believe the universe has your back and you deserve to have an abundance of wealth, health, good food, a loving relationship, and lots of friends. A scarcity mentality starts with fear. 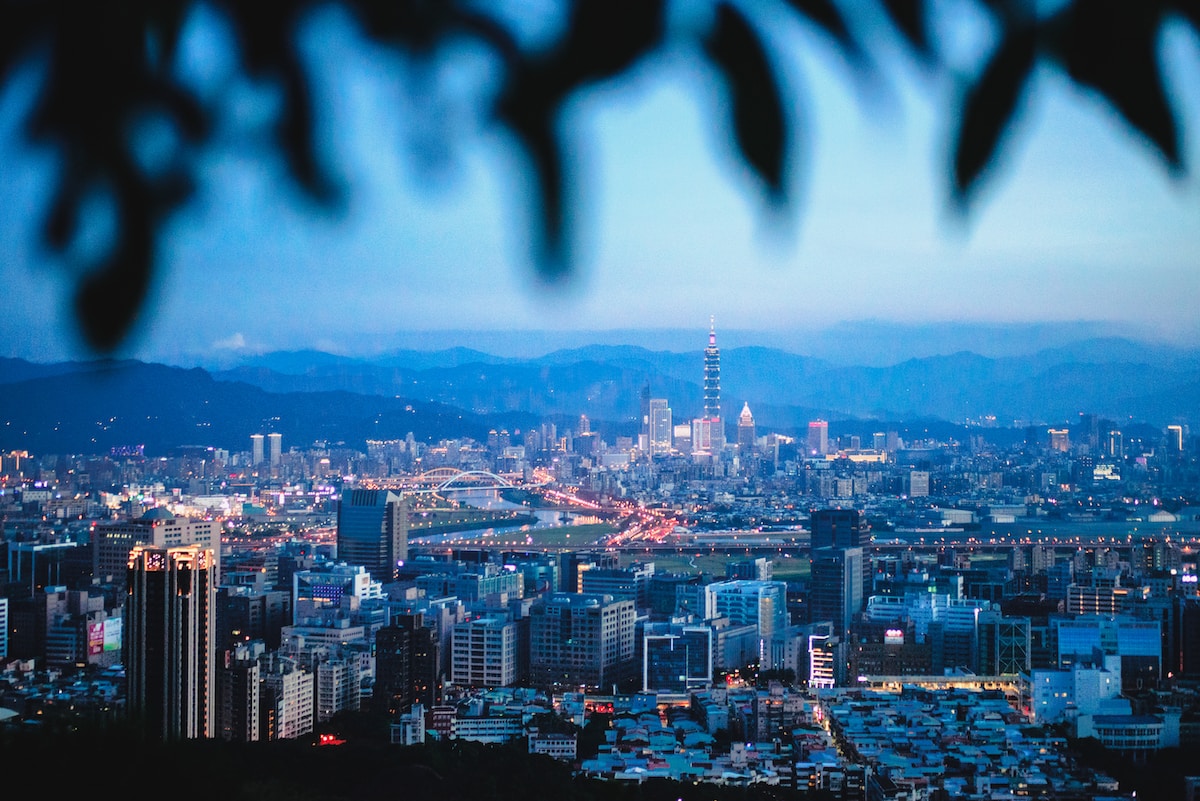 Nana grew up poor, and in the midst of World War II, traveled to Taiwan, pregnant and alone. My dad's father was a spy during the war, and while he narrowly escaped some harrowing threats against his life, he, sadly, died of lung cancer. He did leave Nana with some money and apparently, gold bars. With a bit of courage and and a lot of luck, Nana bought real estate and did well. (As you can see from the photo above, modern day Taipei is a densely populated city, so real estate is worth a lot.) However, because she had grown up poor and because it was difficult in the 1950s for a single working mother, Nana constantly worried someone was going to steal her money or she would lose it all. The fear not only made her an anxious and difficult woman, but it also made her a less generous mother, when it came to spending time and nurturing my father. Whenever his mother was around, she was impatient, and my father says he got frequent beatings with a broomstick. It was a pattern he did not want to repeat, he told himself, when he had his own family. 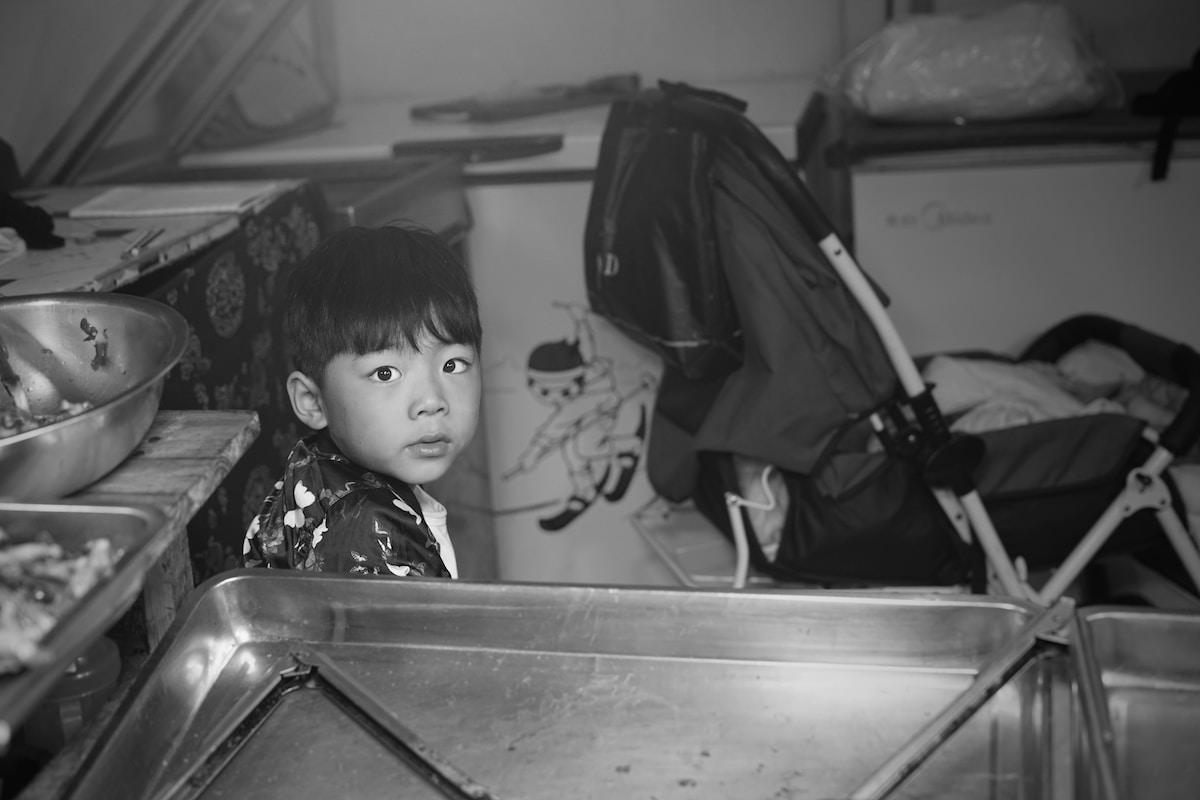 Unconsciously, our money beliefs form even when we consciously make decisions to not follow a similar pattern. Fear is a powerful motivator, but as I mentioned in my last post, love is even more powerful than fear. We can shift our limiting beliefs around scarcity, so we can live with an abundance mentality. How do we do this? First, we must choose to re-write our money story with compassion and love. Not to erase the truth or make up something that didn't happen but to see it in a different light. Studies have shown that the mind doesn't know the difference between reality and a well-imagined thought. So, for my Nana's story, instead of dwelling on all the ways she was stingy, I choose to see that it was her fear which held her back from being generous with her time, money, and affection. As for my dad, I re-write his cheapness stories into a Television SitCom, one where the differences between us dissipate when we sit around the kitchen table, like the Brady Bunch or one of the Golden Girls, and be able to laugh about our own imperfections because who amongst us is perfect? Definitely not me.

What's your earliest childhood memory of money? Write it in the comments below. If you like this post and you're interested in receiving more content about money, personal finance, work/life balance, and anything related to more abundance and wealth, please subscribe below! I value your privacy, and at any time, you don't want to receive any more e-mails, just let me know and I will remove you from the list. Also, if you're interested in shifting your mind from a scarcity mentality to one of abundance, go to the main site and sign up for a free financial assessment from me.

With so much gratitude and love,