Negotiating with The Lion King

If you’re in a relationship you know that we are always negotiating with our partners.

Today, I want to introduce you to another GREAT negotiator in my life – my husband.

He and I met while working on a little show called The Bachelor. Have you heard of it?

If you haven’t lived in a cave without TV in the last 20-something years, then you have probably have heard of The Bachelor and The Bachelorette franchise.

Now, my husband and I learned a lot about relationships while working on that show.

I wrote about the top 5 things I learned about love & money while producing The Bachelor in this past blog post. (Below is a picture of me with Chris Harrison, the former host of the series.)

As TV producers, we also negotiated a lot of deals. It’s a HUGE part of shows to reduce budgetary constraints. Most TV shows have very small budgets they’re working with, and it’s up to a producer to make deals, so that productions can stretch the amount they do have.

My husband is still a TV producer, and he’s amazing at negotiating these deals. I remember when we worked with Disney (notorious for being very, very, very difficult to work with), he helped ME negotiate a deal with the Broadway production of The Lion King. 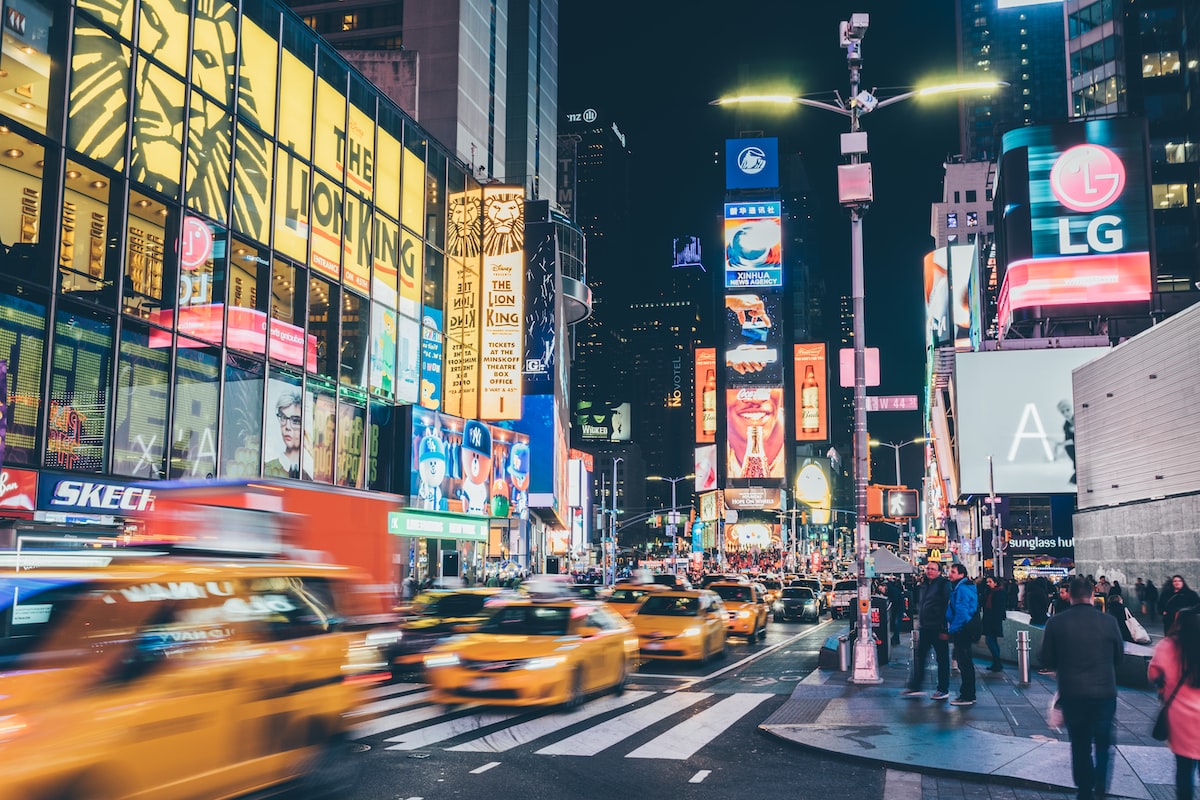 The negotiation took months, and here’s the gist of it:

When we first pitched Disney Theatricals that we’d like to do an integration with The Lion King and our Bachelorette on a big group date in NYC, they were thrilled to work with us….however, we quickly realized that their version of an integration and ours were VERY different.

Here’s basically what we pitched to them…. our Bachelorette would send a group of eligible bachelors to the center of Times Square when suddenly the Bachelorette would show-up on ABC/Disney’s giant jumbo tron with a video message to meet her on The Lion King stage inside the Minskoff Theatre.

Then, the single daters would have to audition for The Lion King’s director, choreographer, and musical director to win a 1x1 date with the Bachelorette and have a featured aerial scene in that evening’s performance of the show. Sounds amazing right?

They then informed us that we wouldn’t even be able to enter the Minskoff Theatre, let alone gain access to the stage. We were told meeting the creative team and performing in the show was not even remotely possible.

Then, they pitched us their vision of the partnership.

They thought it would be more practical to see our cast do a parade-like performance marching up and down Times Square with look-alike costumes that we’d have to provide… and none of their cast would even be allowed to appear on our show. On top of that, they had requested typical media integration items, like verbal mentions.

This is where Michael really started pushing back, in a way that I was not used to… or even comfortable with, to be honest. He started in with… “So, how is this an integration exactly?”  Oh boy... here we go I thought….. BUT, Michael acknowledged their needs.

We want to give you everything you’re asking for, the exposure, the verbals, etc… AND to do this, Michael explained, you also have to help us help you get what you want.. by giving us what we want. Michael painted a picture for them… What would be a better promo for The Lion King?

A) Our Bachelorette and six dudes aimlessly marching up and down Broadway holding make-shift animal costumes in the 90 degree weather...

B) Having our cast get a crash-course in being a Broadway star, led by professional choreographers, actors, designers, and technicians – and having the best of our cast actually get to perform in the show, which would allow 10 million+ viewers to see the most visually stunning moments of The Lion King, the costumes, songs, dancing, and visual effects?

He upgraded their vision by being inclusive of their asks, but also challenging their version of the creative by giving them two scenarios. “If you’re a viewer at home, which version would you want to watch?”

After that, they fought tooth and nail with their bosses to get everything we asked for… and we went above and beyond in giving them more exposure than they could have ever dreamed.

To summarize, here’s what I learned from my husband, that I think you can apply to your next negotiation:

Now, if you want to create a masterpiece or just want to learn how to negotiate your salary, rates or anything…sign up below or get more details about a negotiation workshop my friend Malika Amandi, of The Center for Women’s Voice, and I are excitedly putting together for YOU!

Give me the details!

Subscribe
Previous
One of the BEST Negotiators I know...
Next
You’re Right on Time
Return to site
All Posts
×